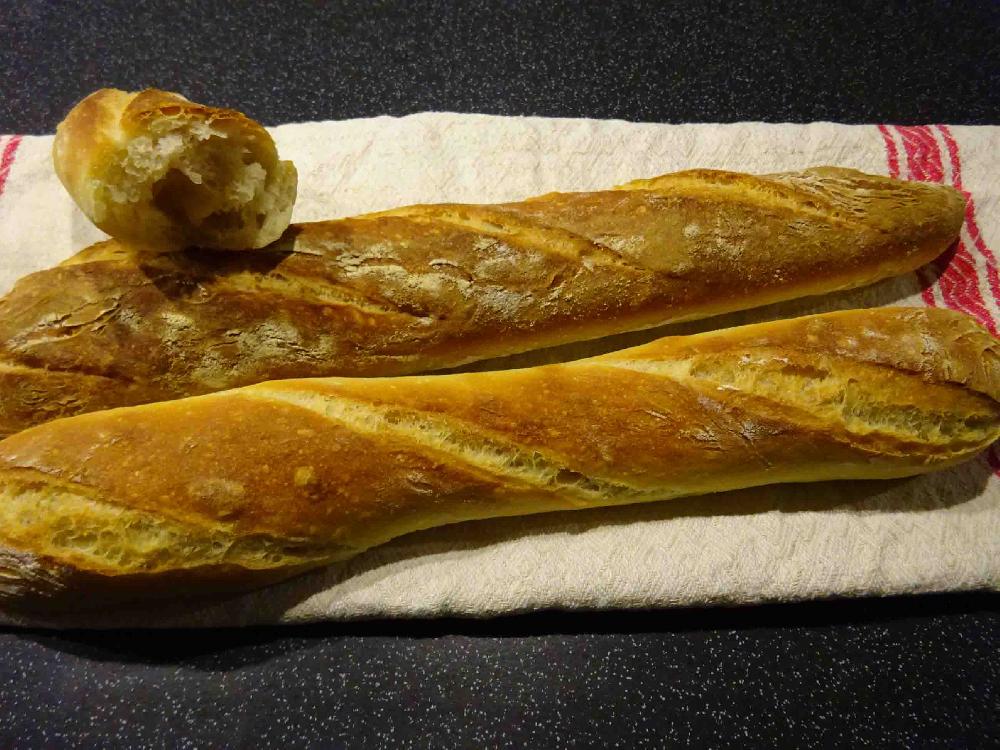 4.4
8 Reviews.
Time: 00 min
Prep: 30 min
Cook: 30 min
Price:
Diff.:
This is a perfect and easy recipe for home made baguettes. They get soft on the inside and crispy on the outside, like real baguettes from the bakery. The dough need to rest for 10-12 hours before you can cook them.

Update servings
Convert to US Units
Convert to Fahrenheit
Ingredient List for 3 servings:

Pour the yeast in a bowl.

Add the water and stir it together.

Add the flour bit by bit and stir it with a wooden spoon until the dough let go from the sides of the bowl.

Add some flour around the dough in the bowl.

Put the bowl in the oven without heat for 10-12 hours so it have time to grow.

Take out the dough from the oven and divide it in to 3 parts.

Roll the dough in to 3 baguettes.

Place a baking paper on a baguette baking plate, and then put the baguettes on the form.

Sprinkle some flour over the baguettes.

Put the baguettes in the oven again without heat for 1 hour.

Take out the baguettes from the oven.

Start the oven on 250 degree Celsius, and place on the lower part of the oven a bowl of water.

Take out the water bowl from the oven.

Spray the baguettes with some water, and put them in the middle of the oven. Spray some water in the oven right before you close it.

After 10 minutes open the oven and spray some more water in it. Then lower the heat to 200 degree Celsius.

Let the baguettes in the oven for another 15-20 minutes.

Take out the baguettes and let the cool down before serving them.
A selection of recipes from the same country.
This recipe is from France 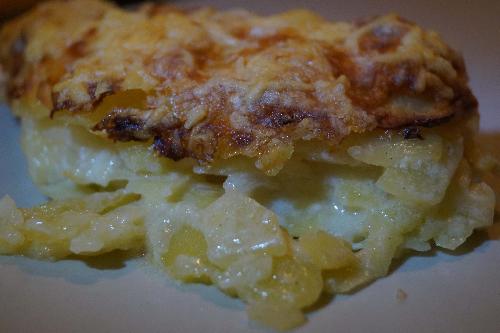 Potato Gratin
In this classic gratin recipe thinly sliced potatoes make it really creamy, and the cheese will become crispy on the top. 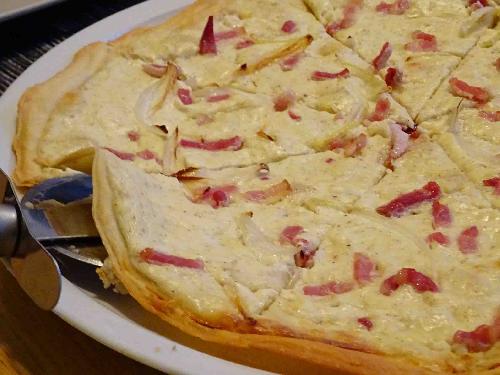 Tarte flambée (Flammekueche)
This is a traditional French Alsacienne tarte flambée (flammekueche). There is 2 other ways of topping as well, if you add some mushrooms it is called forestière, and with some grated cheese it is called gratinée. The bacon or fine pork should be with not much fat if possible, and cut in thin slices. 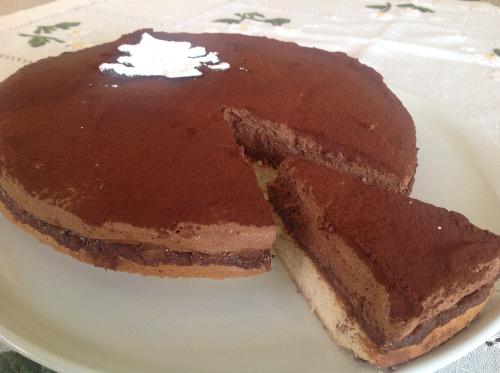 French Royal chocolate cake
This Royal chocolate cake is also known as Trianon in French. It has a layers of biscuits, crunchy pralines, and fluffy chocolate mousse covered in cacao powder. It fits all different celebrations but is most appreciated as a birthday treat.
MyCookingPlace.com, your favorite place to share your homemade recipes, and find inspiration for easy and homemade recipes from around the world.

Dipping Sauces
Looking for a dipping sauce that will fit your dinner? Here are some suggestions.
View Recipes
Cake Salé - Savory Cake
Looking for an inspiration for a different appetizer, mingle food or to bring on a picnic? Why not trying one of these cake salé, also known as salty bread or savory cake.
These breads are filled with different kinds of cheese and other salty ingredients.
View Recipes
Fun Kid Food
Looking for kid food inspirations for a party, or how to get the kids interested in helping in the kitchen?

View Recipes
European Summer Recipes
Summer is coming! How about looking for European inspired summer recipes for your BBQ party, picnic or just a treat for the mingle?
View Recipes
Convert your values here !
F° | C°
Gr | Oz
Cup | Ml
Fahrenheit
Celsius
Gram
Ounce
Cup
Milliliter
Translation
Below you can chose which language you would like to have the page translated to,